Trusted and accurate information and resources that support student health and wellbeing.
Information on this guide does not replace care provided by medical practitioners and other qualified health professionals.

Be Strong | Be You 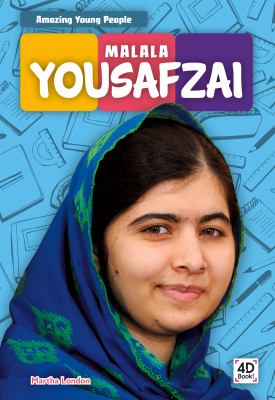 Get to know the life and legacy of Malala Yousafzai. Vivid photographs and easy-to-read text give early readers an engaging and age-appropriate look at her incredible effort to support girls' education. Features include sidebars, a table of contents, two infographics, Making Connections questions, a glossary, and an index. 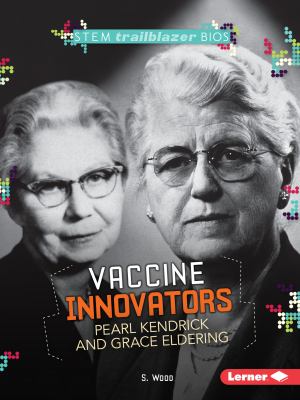 Have you ever been vaccinated against a particular disease? As children, Pearl Kendrick and Grace Eldering both suffered from whooping cough, a life-threatening illness. As adults, they worked together to create a revolutionary vaccine that saved thousands of lives each year. Eldering and Kendrick worked in a Michigan lab at a time when whooping cough was spreading around the country. Determined to stop the illness, the pair tested bacteria late into the night. Soon their new vaccine was helping children across the country. But how did they get there? Find out how Eldering and Kendrick's passion for fixing a problem led them to create an important vaccine. 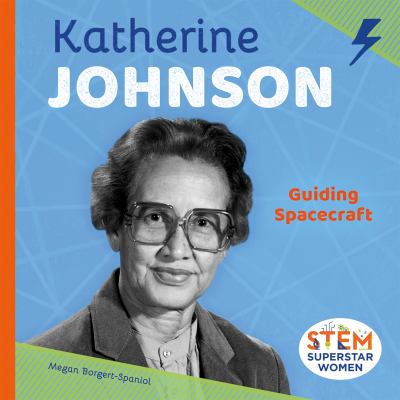 Women have made some of the most important scientific discoveries of all time. In this title, readers learn about mathematician Katherine Johnson from her early career as a human computer to her work putting the first man into space, the first man into orbit, and the first man on the moon. A timeline, sidebars, fun facts, glossary, and index supplement the text. 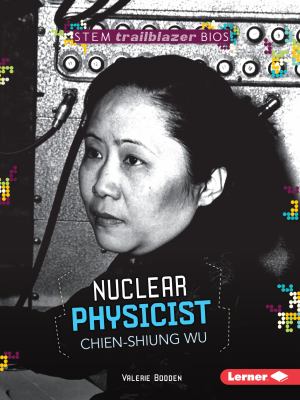 Do you enjoy performing experiments or studying how the universe works? Growing up in China, Chien-Shiung Wu enjoyed learning about science. As an adult, she earned her PhD in physics and made a discovery that changed the field forever. Wu came to the United States to study physics. Soon she was a sought-after physics professor. As an expert in the field, she left teaching to work on secret government programs. She even helped disprove a major law of physics. But how did she get there? Find out how Wu's persistence drove her contributions in the field of physics. 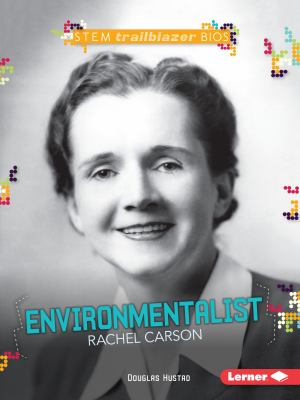 Do you enjoy spotting wild animals in the forest? As a little girl, Rachel Carson loved to explore the woods near her house. As an adult, she became an ecologist who helped change national policy and inspired people to protect the environment. While conducting research on wildlife, Carson noticed that the pesticides farmers used on crops were harming animals. Alarmed, she wrote Silent Spring, a book that led to the banning of several dangerous pesticides. How did Carson grow up to become one of the most influential environmentalists of the twentieth century? Discover how her interest in wildlife led to her remarkable career as a scientist and writer. 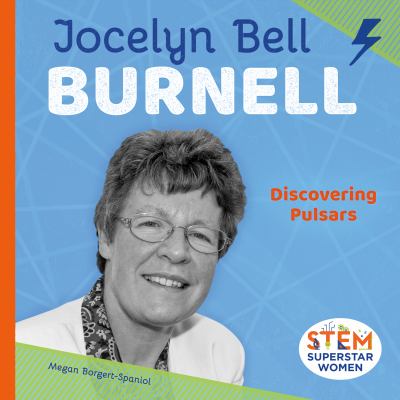 Women have made some of the most important scientific discoveries of all time. In this title, readers learn about physicist Jocelyn Bell Burnell from her early career in physics and radio astronomy to her discovery of pulsars while studying radio waves. A timeline, sidebars, fun facts, glossary, and index supplement the text. 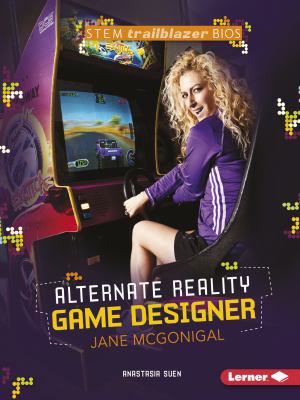 Do you like the challenge and adventure of video games? As Jane McGonigal was growing up, she had fun playing early video games. As an adult, she saw games as an outlet for problem solving and teambuilding. McGonigal started creating alternate reality games (ARGs), which may be based online but take place mainly in the real world. She enjoys challenging others to engage in modern issues and to work together, as in her game World Without Oil and in The Lost Ring, which she created for the 2008 Summer Olympics. McGonigal was named one of the world's top innovators by MIT's Technology Review, and her 2010 TED Talk, "Gaming Can Make a Better World," is one of the most-watched of all time. But how did she get there? Find out how she developed her passion for games to become the public face of game design. 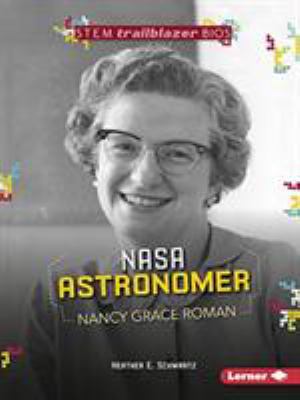 Have you ever looked up at the twinkling stars in the night sky? Nancy Grace Roman looked up and never looked back. Roman was fascinated with the stars ever since her mother showed her the constellations. She read every book on astronomy she could find and even started her own neighborhood astronomy club for girls. But many of the people around her didn't think science was the right field for a woman. Academic advisers in high school and even college tried to dissuade Roman from pursuing astronomy. She worked hard to eventually become NASA's first Chief of Astronomy and, ultimately, the "Mother of Hubble." Learn how Roman's passion for astronomy and her tireless work on the Hubble Space Telescope project helped scientists capture breathtaking images of deep space. 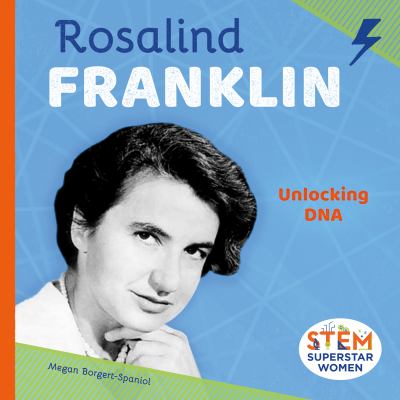 Women have made some of the most important scientific discoveries of all time. In this title, readers learn about chemist Rosalind Franklin from her early career in coal research and x-ray crystallography to her groundbreaking photo that showed the structure of DNA. A timeline, sidebars, fun facts, glossary, and index supplement the text. Aligned to Common Core Standards and correlated to state standards. Checkerboard Library is an imprint of Abdo Publishing, a division of ABDO. 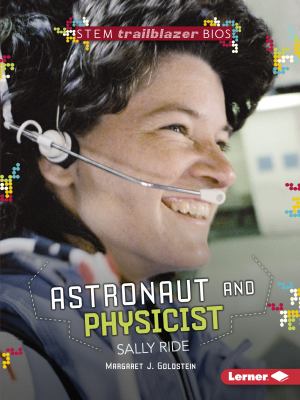 Have you ever dreamed of going to outer space? When Sally Ride was a little girl, she watched on TV as astronaut John Glenn launched into space. Twenty years later, she became the first American woman to go to space. Ride had loved science since she was young. Some of her teachers thought she was wasting her time studying science, but she went on to earn her PhD in astrophysics anyway. When NASA's astronaut training program opened to women, Ride quickly applied. Some people thought women couldn't handle space flight. But Ride worked hard and proved them all wrong. Later, she became a physics professor and started her own business to encourage young people to study science. Learn more about Ride's career as a NASA astronaut and educator. 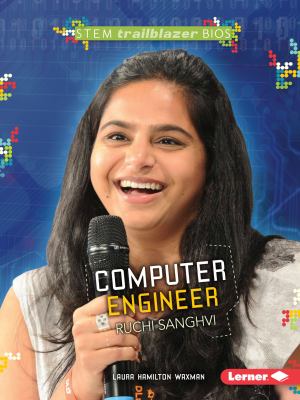 Have you ever scrolled through a news feed on Facebook? Ruchi Sanghvi helped design this and other Facebook features. She joined Facebook--then a small Silicon Valley startup company--after moving from India to the United States to study computer engineering. With her help, Facebook quickly became one of the largest social networking sites in the world. Sanghvi was the first female engineer at Facebook, and it wasn't easy blazing a trail for women in her field. But nothing stopped her from following her dreams. Her contributions at Facebook helped connect people from around the globe. Even women from Sanghvi's home country of India used Facebook to speak out for equal rights. Discover how this young female immigrant became a top-notch engineer who changed the tech world forever. 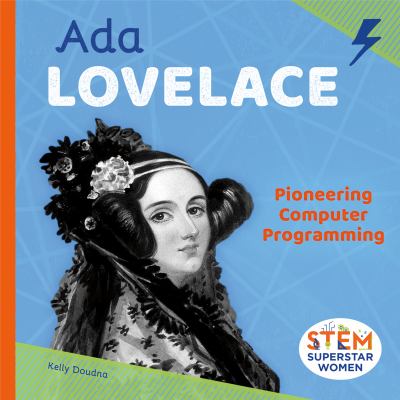 Women have made some of the most important scientific discoveries of all time. In this title, readers learn about mathematician Ada Lovelace from her early work in creating the Bernoulli algorithm to her understanding that numbers could represent data, making her an early computer programmer. A timeline, sidebars, fun facts, glossary, and index supplement the text. 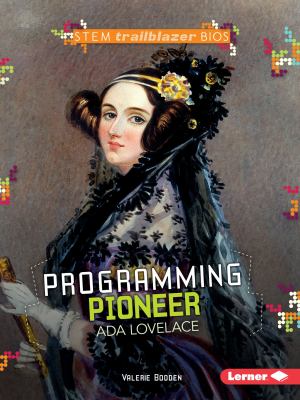 Do you enjoy playing computer games or learning programming code? As a child, Ada Lovelace loved learning about math and science. As an adult, she used that knowledge to create the first computer program--before electronic computers even existed! When Lovelace was a child, girls didn't typically study math. But she loved the subject and often dreamed about new machines. Lovelace learned from famous mathematicians and became friends with inventor and engineer Charles Babbage. Realizing the full potential of his calculating machines, she became a pioneer of computer programming. But how did she get there? Find out how Lovelace's determination helped her become the first computer programmer. 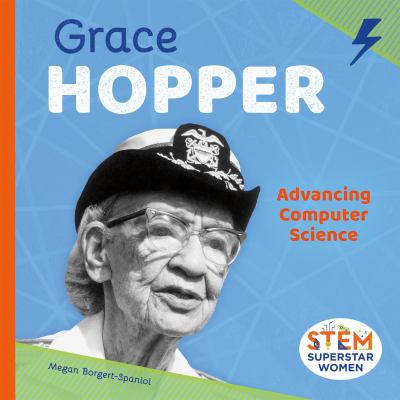 Women have made some of the most important scientific discoveries of all time. In this title, readers learn about mathematician and computer programmer Grace Hopper from her early career programming Mark I and UNIVAC, to the development of the FLOW-MATIC and COBOL. A timeline, sidebars, fun facts, glossary, and index supplement the text. 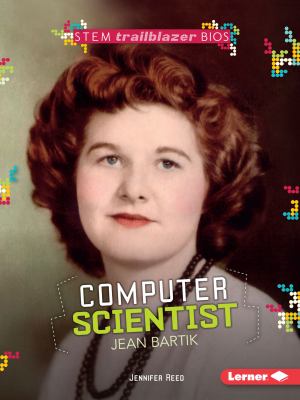 Do you love solving problems with mathematics? So did groundbreaking computer programmer Jean Bartik. She turned her passion for math into a successful career in what was then a brand-new field. During World War II, women took on more technology jobs as men joined the armed forces. Bartik started her career doing mathematical calculations for top-secret weapons systems projects. After the war, a new machine took over these calculations. It was the first all-electronic computer, and Bartik helped build and program it. But how did Bartik's interest in mathematics take her to the forefront of cutting-edge technology? Find out how she went from gifted student to software pioneer.

"This series features inspirational and amazing women discussing what life was like for girls when they were 12, what advice they would give their 12-year-old-self now, and how they use their influence and experience to change the world today for girls and women all over the world." (ABC ME, 2017)

When using this video don't forget to cite and reference your sources. For more information and help see the Kerferd Library referencing guide and / or CiteMaker.
In text reference / citation: ABC ME (2017) or (ABC ME, 2015)
Bibliography / Reference list: ABC ME (2017). Advice to my 12 year old self [eVideo]. ABC. Retrieved from https://youtu.be/aVUK_EYo-_o