Source: The reconciliation of the Montagues and the Capulets over the dead bodies of Romeo and Juliet (Leighton, 1855)

"The characters of Romeo and Juliet have been depicted in literature, music, dance, and theatre. The appeal of the young hero and heroine — whose families, the Montagues and the Capulets, respectively, are implacable enemies — is such that they have become, in the popular imagination, the representative type of star-crossed lovers." (Britannica, n.d.)

Shakespeare is still studied due to the universal nature of his central concerns.

Why is Shakespeare still relevant today? How can we adapt his work for our time? 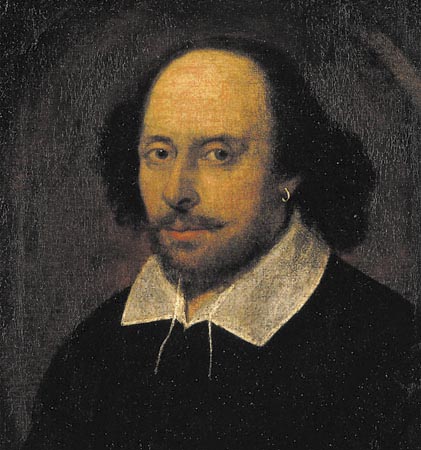 "William Shakespeare (baptized on April 26, 1564 to April 23, 1616) was an English playwright, actor and poet also known as the “Bard of Avon” and often called England’s national poet. Born in Stratford-upon-Avon, England, he was an important member of the Lord Chamberlain’s Men company of theatrical players from roughly 1594 onward. Written records give little indication of the way in which Shakespeare’s professional life molded his artistry. All that can be deduced is that, in his 20 years as a playwright, Shakespeare wrote plays that capture the complete range of human emotion and conflict." (Bibliography, 2012)

When using this video don't forget to cite and reference your sources. For more information and help see the Kerferd Library referencing guide and / or CiteMaker.
In text reference / citation: Gaze (2012) or (Gaze, 2012)
Bibliography / Reference list: Gaze, C., (2012). Shakespeare is everywhere [eVideo]. Retrieved from https://youtu.be/LsESSyMnwmU