A person is food insecure when they lack regular access to enough safe and nutritious food for normal growth and development and an active and healthy life. This may be due to unavailability of food and/or lack of resources to obtain food. Food insecurity can be experienced at different levels of severity. (Food and Agriculture Organization of the United Nations, n.d.)

This guide is aligned to the following UN Sustainable Development Goals. Click on the tiles to explore more. 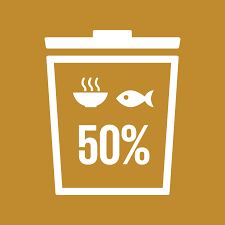 Around 9 million people die of hunger and hunger-related diseases every year, more than the lives taken by AIDS, malaria and tuberculosis combined... A child dies from hunger every 10 seconds Poor nutrition and hunger is responsible for the death of 3.1 million children a year. That’s nearly half of all deaths in children under the age of 5. The children die because their bodies lack basic nutrients. See also The World Counts for more details as well as information about the statistics that form the basis of this counter.

We waste so much food that it’s hard to believe! This contributes to excess consumption of freshwater and fossil fuels. One ton of food waste prevention can save 4.2 tons of CO2 equivalent. See also The World Counts for more details as well as information about the statistics that form the basis of this counter.

If society endures an apocalypse what will we eat?! Seed vaults are our food-preservation time capsule for the future. (Seeker, 2016)

When using this video don't forget to cite and reference your sources. For more information and help see the Kerferd Library referencing guide and / or CiteMaker.
In text reference / citation: Seeker (2016) or (Seeker, 2016)
Bibliography / Reference list: Seeker (2016). A Rare Look Inside The Doomsday Seed Vault Deep In The Arctic, [eVideo]. Retrieved from https://youtu.be/uAl8dSpkNWs

"Nestled in the Svalbard archipelago lies a small unassuming-yet-sturdy building created to last forever. While it may look minimal, this building is one of the most important in the world because it holds the key to continual human survival. It houses the world’s largest—and most secure—collection of crop diversity. While the Svalbard Global Seed Vault isn’t the only genebank in the world, its seed collection is most likely to maintain funding while also withstanding war, natural disasters and climate change. Built by the Norwegian government and encouraged by the Crop Trust when the vulnerability of other genebanks came to light, the Global Seed Vault serves as a timeless record of crops throughout generations. It’s meant to ensure—regardless of what happens to the planet—that agriculture can survive and thus, the human race can survive." (Crop Trust, 2018)

Did you know there are over 100,000 homeless people in Australia. Click HERE to find out more about Australian homelessness, and what local charities are doing to reuse wasted food to feed our homeless.

"A Real Meal' & 'Urban Seed Kicthens'- Creating and sharing a meal with the marginlised & homeless communities of Melbounre." (Big Umbrella, 2020)

"A ReaL MeaL- 'Melbourne's only on-street soup kitchen' now feeding over 600 ppl each week, staffed funded and run by its volunteers. A ReaL Chance- weekly youth outreach service, looking out for those that need a hand." (Big Umbrella, 2014)