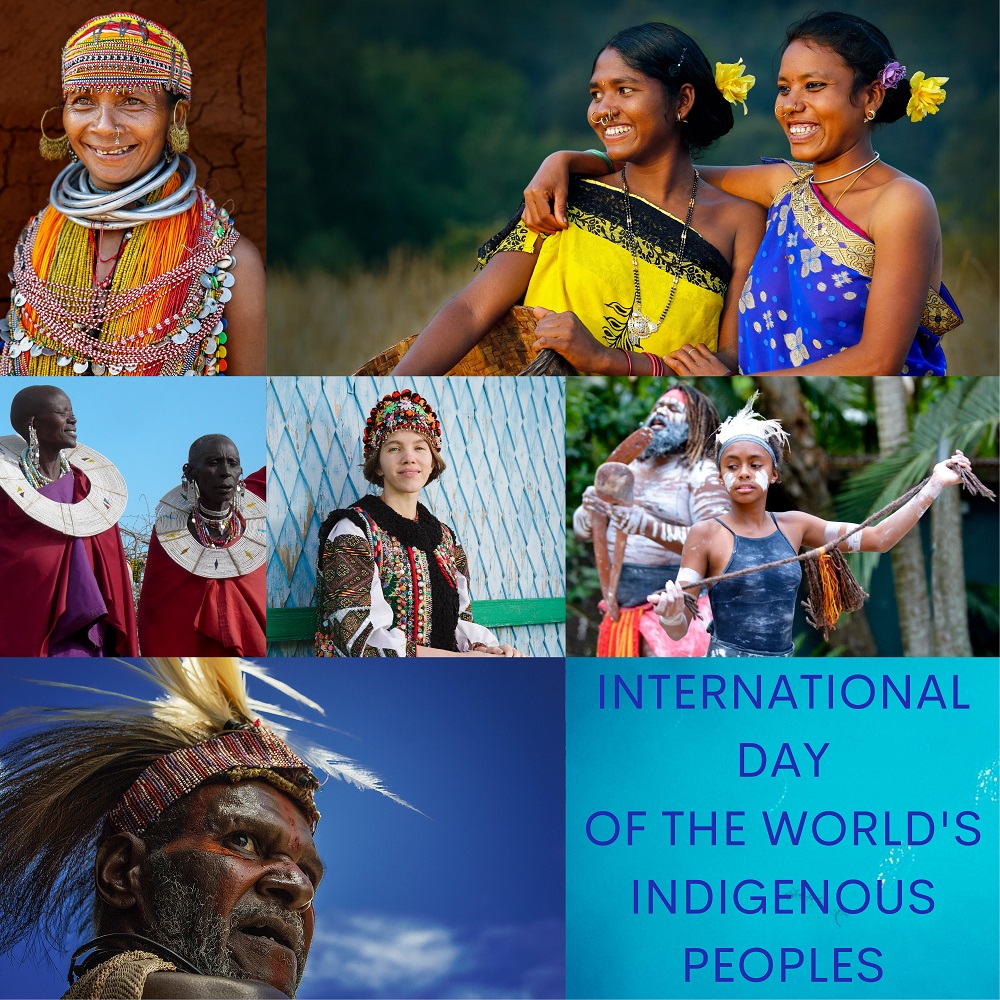 We need indigenous communities for a better world:

There are an estimated 476 million indigenous peoples in the world living across 90 countries. They make up less than 5 per cent of the world's population, but account for 15 per cent of the poorest. They speak an overwhelming majority of the world’s estimated 7,000 languages and represent 5,000 different cultures. Indigenous peoples are inheritors and practitioners of unique cultures and ways of relating to people and the environment. They have retained social, cultural, economic and political characteristics that are distinct from those of the dominant societies in which they live. Despite their cultural differences, indigenous peoples from around the world share common problems related to the protection of their rights as distinct peoples.

Indigenous peoples have sought recognition of their identities, their way of life and their right to traditional lands, territories and natural resources for years. Yet, throughout history, their rights have been violated. Indigenous peoples today, are arguably among the most disadvantaged and vulnerable groups of people in the world. The international community now recognizes that special measures are required to protect their rights and maintain their distinct cultures and way of life. In order to raise awareness of the needs of these population groups, every 9 August commemorates the International Day of the World’s Indigenous Peoples, chosen in recognition of the first meeting of the UN Working Group on Indigenous Populations held in Geneva in 1982. United Nations (2020).

COVID-19 and indigenous and tribal peoples:

There can be no global sustainable development without indigenous peoples:

Some 370 million people identify themselves as members of indigenous cultures. While indigenous peoples make up less than 5% of the world’s total population, they wield enormous influence over the well-being of the natural resources on which we all depend. They manage 28% of the world’s land surface and, are the de facto guardians of 80% of global biodiversity – including most of the plant and animal species on Earth.

As family farmers, fishers, pastoralists and forest-dwellers, indigenous peoples apply traditional methods of land management and food production which have evolved over centuries and which have often proven their sustainability and resilience in the face of environmental changes.

Indigenous knowledge systems and languages contribute directly to biological and cultural diversity, poverty eradication, conflict resolution, food security and ecosystem health, and serve as the foundation of the resilience of indigenous communities to the impact of climate change. Their awareness of traditional food sources and the fundamental connection between food systems and healthy landscapes can help to promote diets that are diverse and sustainable. International Institute for Sustainable Development (2019)

Click on the banner below to explore additional Sustainable Development resources:

Enter your e-mail address to receive notifications of new posts by e-mail.